Can it get any sexier? Robin Thicke’s Love After War 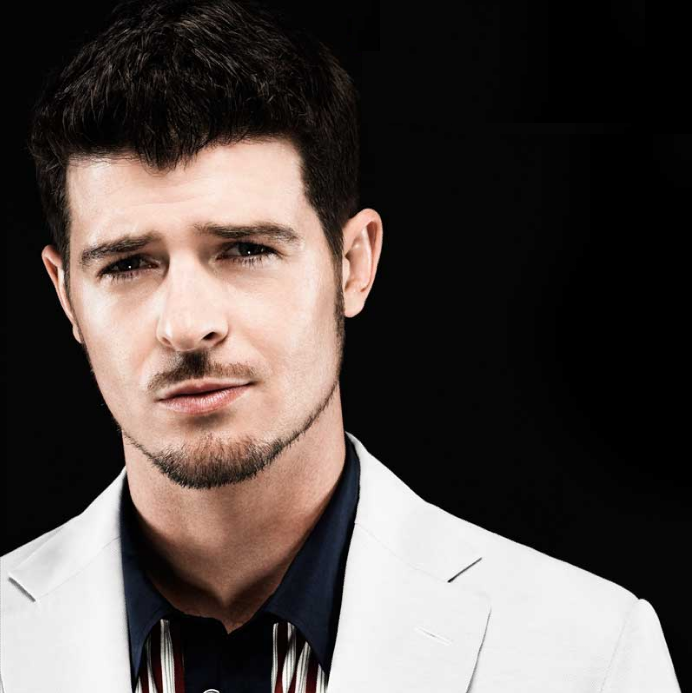 Sometimes you just need some sweet lovin’ music — the kind you listen to when you’re getting ready to go out to dinner with your man or to listen to while sipping cocktails. (Get your head out of the gutter!) Music can sometimes just make you feel sexy without it being sexual. So if you’re in the mood for something more along the lines of Marvin Gaye than  Snoop Dogg, check out Robin Thicke’s new album “Love After War.”

I am not going to lie to you — some of the lyrics go cheesy quickly and he is undoubtedly trying to be the next great lover boy but — those considerations aside — Robin Thicke makes my heart stop in its tracks not only because his voice is fantastic but  because musically and visually he always takes us back to a place where sexy is fashionable and sultry and always relies on the interaction between two people. No girls shaking everything they’ve got to whomever will watch. No sir.  The art direction, clothes, and stages for all of his videos make me want to channel my inner Brigitte Bardot and head to the south of France. Who doesn’t want to do that every now and then?

I have included the first video release from the album (“Love After War” LAW) in addition to a few audio tracks but I wouldn’t watch them at work unless you want your boss to walk in finding you watching chicks in their underwear making pouty seduction faces. Save it til you get home, if you know what I mean.  I have also included a video from “Sex Therapy (ST),” his previous album, just for fun.

Here is “Love After War.”

Here is the audio track for “Dangerous” (LAW)