In general, in life, I like meaning. Or rather, I like “things” that have meaning. This is what intrigues, puzzles, and repulses me about contemporary art. Is it supposed to look like that? Does it mean something to the artist? Does it  mean anything at all? Am I supposed to get it? And so, even when things, seemingly, have no meaning, the fact that I am searching for it’s meaning is sometimes meaningful enough.

But this is not a post about art. It is a post about music. Remember this: Going to get Smashing Pumpkins “Siamese Dream” on release date? Immediately heading home to listen to it (no cd players in cars yet) and sitting in front of a Sony cd player,  reading every lyric to every song because you knew that some part of it was written expressly for you?

I have to admit that I take special pleasure at looking at iTunes on Tuesday morning to see the new releases. 30% known by me. 70% not known by me. Increasingly, though, I look to it for more than that – I am entertained by indie rock band names. In a word, they are absurd. A direct opposition to SP.

My favorite band name right now is iwrestledabearonce. Yes, that is all one word with no caps. Though my boyfriend in college prided himself on his bear wrestling skills (he was an Eagle Scout) somehow I don’t think that these kids have any type of wildlife experience.

But, what is a name? For some bands the names are practical (Fleetwood Mac was named after original band members), religious (Nirvana), dark (Metallica) or funny (Arctic Monkeys). But – see note about meaning above – I am not sure I understand what the meaning of most indie rock band names are? Am I supposed to? Am I not cool enough or am I too analytical, groping too hard for meaning?

Cool’eh magazine (which I am barely cool enough to click through online) had a similar opinion. In a recent issue they rolled out their “Indie Rock Band Name Generator” which creates a string of random words together so that musicians can focus on music and not packaging (or perhaps hair do’s as the case may be).  Here are some of the names that I generated: Topsider Majesty, Cymbals Electric, Feminism Damascus, Chinese Sidney Poitier, and Manchego Rachel. Obviously, you know which one I liked the best.

A hipster mag like this is being ironic. But in a genre whose name is now an oxymoron (is indie music really independent anymore? isn’t this is the same thing that happened to alternative music 20 years ago?), the freaky weird band names only superficially hide the hum-drum melancholy that most seem to have in common. To be direct, if I have to hear Feist or one of her hundreds of singer/songwriter imitators, I will probably have to start listening to Guns and Roses again – on repeat. 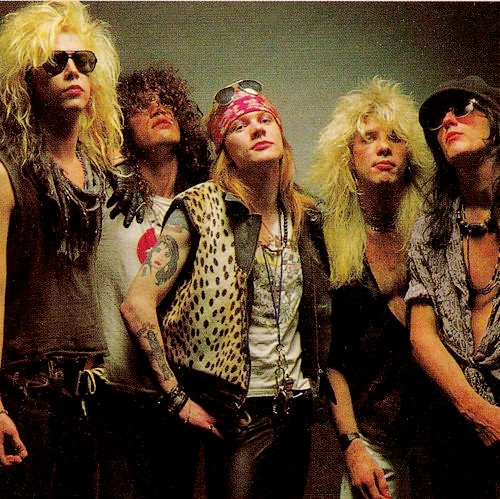 Between Lady Gaga’s over production, Jason Mraz’s annoying optimism, hip hop that sounds more like Katy Perry than Snoop Dog (or both), and bands who want to be as cool as Wilco was 10 years ago but just can’t, is it a wonder that I have started reading through Siamese Dream, listening to Billy Corgan, and wanting to just to rock the f*** out?

Text in art of all forms can be a difficult thing. ee cummings demonstrated to us 100 years ago that our feelings and words defy syntax and grammar, and Cy Twombly demonstrated that text can be used as an essential part of abstract compositions. We can  experience meaning listening to music or seeing art that is not in our native language. All of these pieces – music, text, art, dance, etc – should work together and in combinations to change our perspective and rotate our awareness.

The question becomes, how much meaning do we need in order to find something meaningful? Is it important than I understand why a band is named something in particular? Probably not if I have an affinity with the music or lyrics. Should a band name alienate me from experiencing their art? Why not. If I don’t get it, they probably don’t want me to buy their music, and they probably don’t care. Should I demand that everything I encounter have meaning? Well, that would keep me from experiencing 80% of the world.

So, why does the band name thing irk me so much? Is it because I detest people who try so hard to be different because they want to be seen as everyone else? Is it because I don’t intuitively know when I am supposed to let go of trying to get it? Maybe.

I can say this: I will continue to look at ridiculous indie band names online and think of what ee cummings would say of them. He would probably delight in their ridiculousness and if it’s good with ee cummings, it’s good enough for me.

I can’t believe I am about to do this but here is iwrestledabearonce – who I don’t like.

And I must leave you with some Guns n Roses